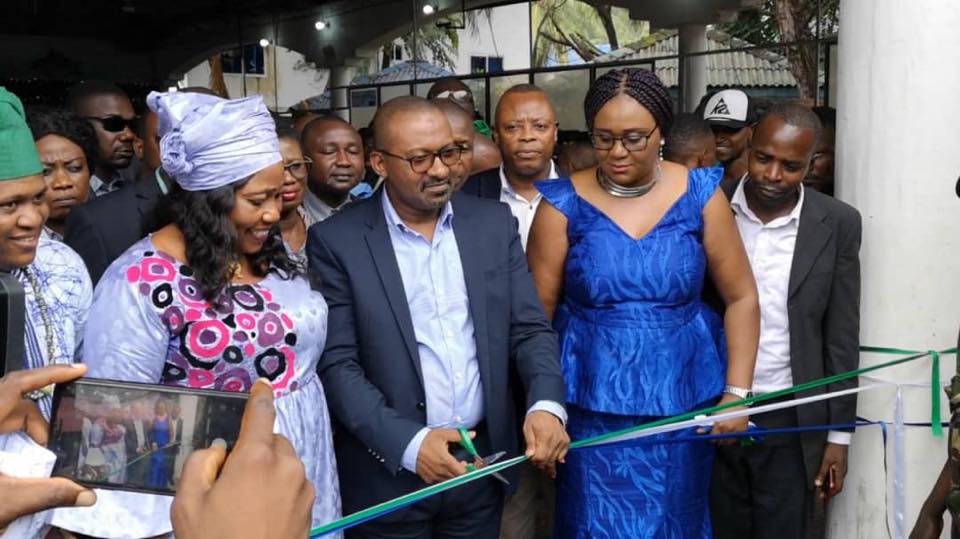 The ‘Adopt-A-Booth event took place at the Family Kingdom resort at Aberdeen.

Among the initiatives introduced by the new Minister of Tourism and Culture, Madam Pratt, to beauty the country’s beaches is the introduction of well designed standardized booths.

With the tourism industry expected to pick up after the recession, the booths will provide creative and enterprising young Sierra Leoneans a decent place to display their arts and goods for sale to visitors and tourists.

At the well attended ceremony, the Hon. Vice President Dr. Mohamed Juldeh Jalloh reiterated the commitment of government for rapid transformation of the tourism sector to serve as the key driver to economic growth.

Adopt- A- Booth Project he said would make Sierra Leone a fantastic tourism sector which has been dormant, unregulated and lost viable chain in the sector over the years.

According to him, improve infrastructure goes with tourism and therefore the government through the Ministry of Tourism is set to beautify Lumley and Aberdeen beaches; and other areas including Lungi in order to attract many tourists in Sierra Leone.

He furthered appealed to the private sector including Commercial Banks,Telecommunication Companies and host of others to support this initiative and make Sierra Leone a tourist destination in West Africa.