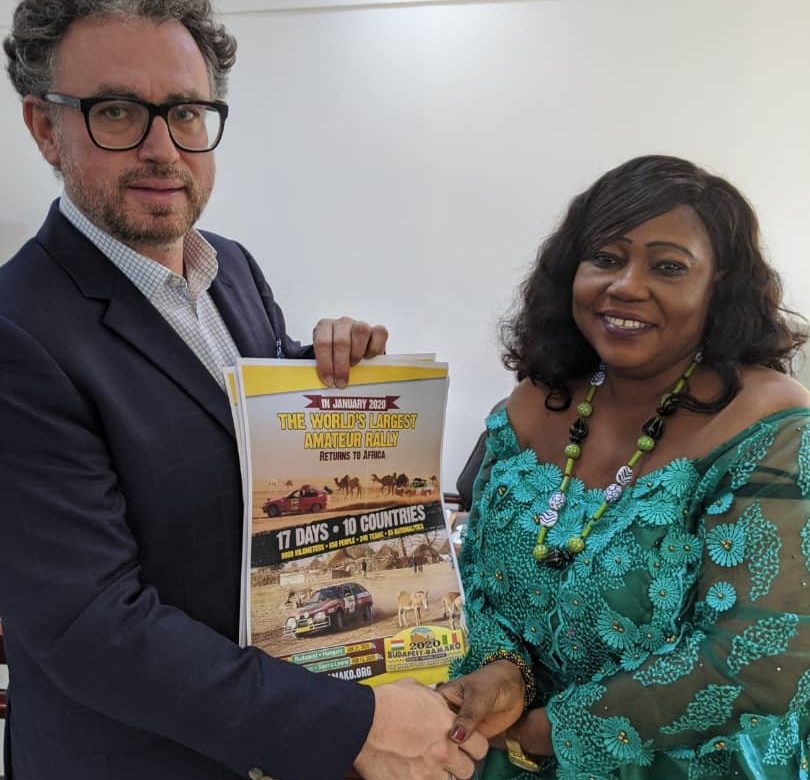 As part of the tourism promotion drive, Sierra Leone’s Ministry of Tourism and Cultural Affairs (MTCA) has on December 6st 2019 played host to the Lead Coordinator of the February 2020 Budapest-Bamako Rally, Mr. Andrew G. Szabo from Hungary

Held at the Hon. Minister of MTCA’s office in Freetown, the CEO of Visit SL, Mr. Binbola Carol who facilitated the meeting, revealed that the said rally started in 2005 in Hungary but was later extended to other countries including West Africa. He furthered that “It has been an adventure of vehicle road tour from Hungary across European countries to Africa via the Sahara to Mali.” He added that it’s a humanitarian adventure to promote inter-cultural and social linkages across nations, stressing that it is purposely organized for people who have got a genuine interest in Africa. Mr. Carol precisely dated the charity tour to fall between 31st January 2019 to February 16th, 2020 involving 70 vehicles starting from Budapest to cover 9000 kilometers across 18 countries in 17 days and ends in Africa via the Sahara to Sierra Leone as the finishing point.

Informing the Hon. Minister of MTCA, Dr. Memunatu B. Pratt, on the details and final plans of the said rally, Mr. Szabo acknowledged the positive response of the Ministry; noting that Freetown has been chosen as the final destination because Sierra Leone is ranked high in the Peace and Safety Index ahead of leading tourism designation countries like Turkey which is experiencing a war currently. “Sierra Leone has been identified specifically to enable the country to showcase its beauty of natural, cultural, hospitable and heritage potentials and more so to offer a live first-hand alternative story to the International Community on the country’s resilience and pro-business status as against negative propaganda,” the Lead Coordinator remarked. He also highlighted the event in promoting responsible tourism by providing funds and seeds to communities to plant trees for carbon emission reduction from particularly the transportation sector. 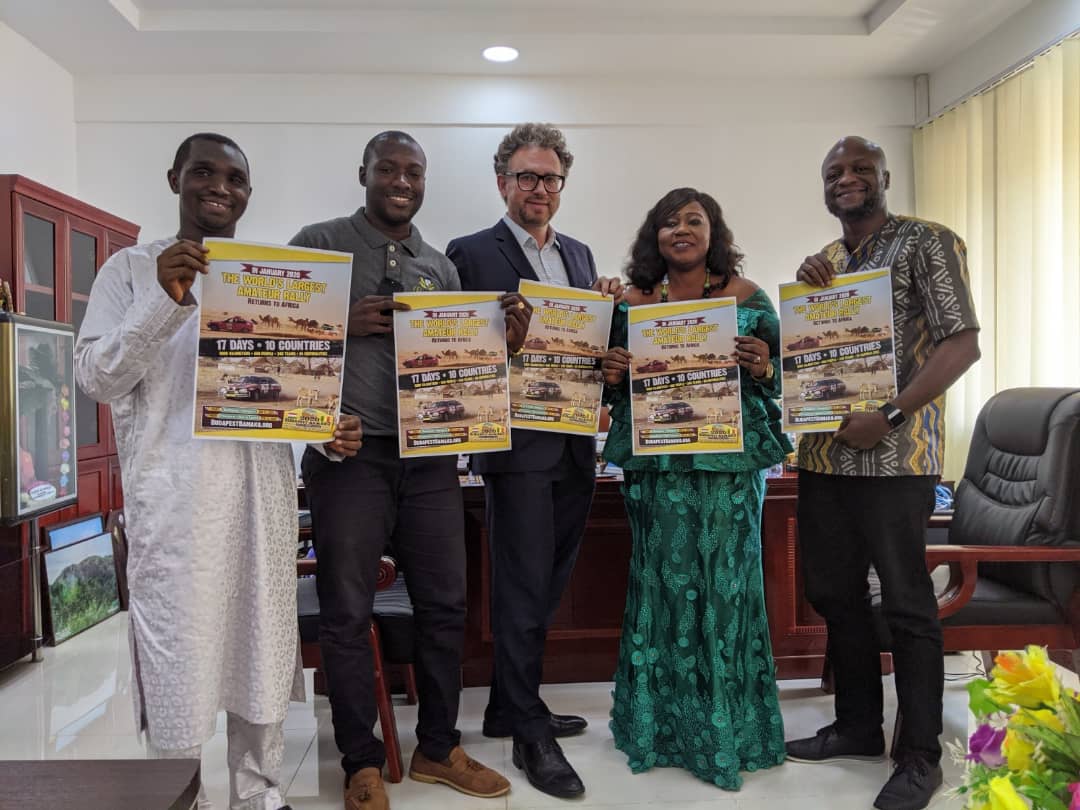 The Hon. Minister overwhelmingly appreciated the initiative and expressed delight for choosing SL as the final destination, assuring all that her ministry is working assiduously to complement Government’s efforts to transform Sierra Leone’s tourism sector into the breadbasket for the country. She highlighted plans to collaborate with line MDAs, local authorities, the private sector to ensure the said event becomes a success in Freetown.

The SL contingent, according to the Hon. Minister, will include personnel from MTCA, Immigration, the Entertainment and Security sectors to welcome the visitors from the Kambia/Guinea border, Northern SL, unto the Bumbuna Falls where the Hon. Minister is expected to administer the libation pouring ceremony. With His Excellency to deliver the keynote address at the National Stadium to officially welcome the adventurers, Dr. Pratt announced the holding of a press conference on December 9th, 2019 to enlighten the public on the said event.

Mr. Mohamed Jalloh, the Director of Tourism while applauding the responsible tourism initiative, technically recommended that relevant MDAs like MAFFS, EPA, NPAA, and communities engage in tree planting activities across protected areas and touristic sites. He, meanwhile, reiterated the strategic relevance of the tourism sector to diversify the nation’s economy, assuring all of the Ministry’s open-door policy in collaborating and partnering with stakeholders to ensure sustainable tourism growth and development in Mama Salone. He ended on noting that the success of the forthcoming charity tour will go a long way into enhancing the work of the sector to achieve its overall objectives.