Tourism Minister & Team Meet With Management & Staff of Tourist Board 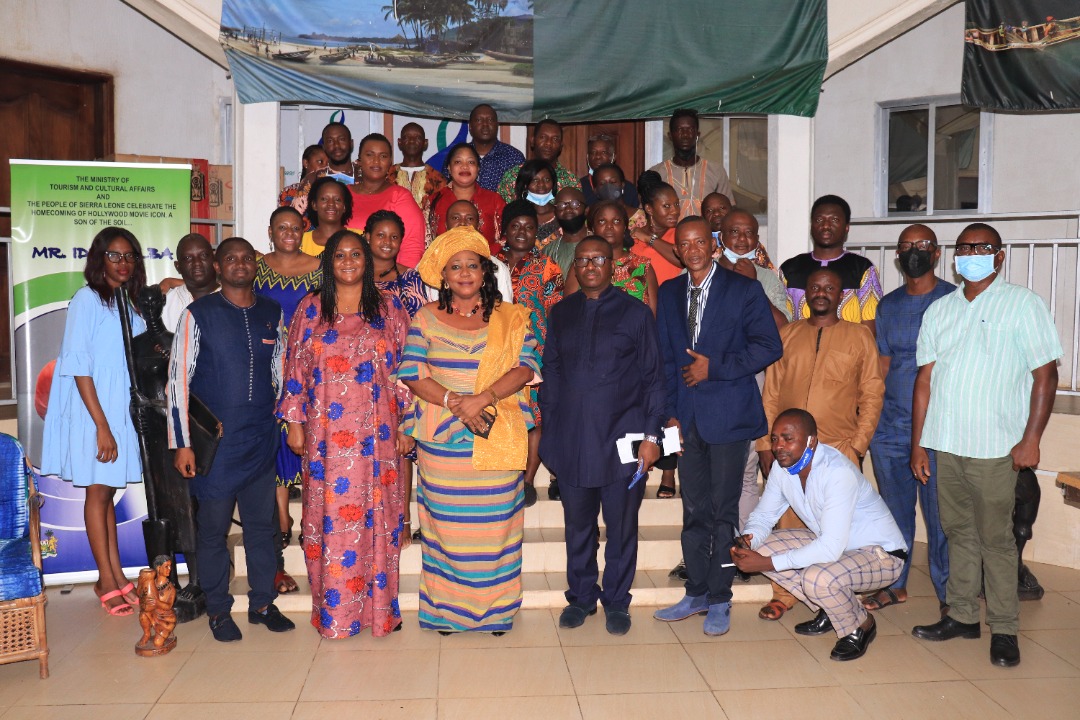 Tourism Minister & Team Meet With Management & Staff of Tourist Board

The Minister of Tourism and Cultural Affairs together with her Deputy, William I.K. Robinson, the Permanent Secretary, Andrew L. Sorie and the Director of Tourism, Mohamed Jalloh have held a meeting with the Senior/Middle management of the National Tourist Board (NTB) at their head office, Lumley beach road, in Freetown.

In his opening remarks, the Permanent Secretary, Andrew L. Sorie said that the Minister considers the meeting a very important one as the Tourist Board is a critical part of the tourism sector. That she requested to meet with the staff of Tourist Board to inspire and motivate them in playing their part in improving the sector.

Welcoming the Minister and team to the board, the General Manager of the National Tourist Board, Fatmata Kroma said they are honoured to hold the meeting with the Minister as it is part of the Minister’s PTT to be having sector meetings with her agencies. She revealed that under the supervision of the Ministry they have been closely working in ensuring that government programmes, agendas and strategic plans and policies are met.

She pointed out that the board have the collaborating with the Directorate of Tourism and that of Culture at the Ministry in having synergy in their activities. She brought to the notice of the Minister that their staff strength is small and not commensurate to the work of the Board. She pleaded with the Minister to address their staff capacity in order to effectively and efficiently deliver on their mandate. She added that their contract staff are still not in the payroll which she said needs to be looked into.

She maintained that she has committed staff and very supportive Deputy, mentioning their role in addressing the seaweed. She said they are implementing the UNDP and Enhanced Integrated Framework (EIF) programmes and will also be rolling their international programmes this year.

The Director of Tourism, Mohamed Jalloh in his statements said they are blessed with good leadership which he said is needed for any activity and project to succeed. He commended the Minister and her Deputy for the show of leadership in repositioning the sector. He mentioned that the advantage that used to be taken against the sector is no more as they are now making headway in terms of product development, adding that nine sites would be developed by the EIF and the World Bank.

He stated that domestic tourism is now the order of the day and more establishments are coming up all because the sector is showing up and the leadership is forthright. He said hadn’t been for Covid, the sector would be far gone, noting that many tourism policies have been developed. He called on staff of the board to support their leadership and work for the improvement of the industry.

The Deputy Minister of Tourism and Cultural Affairs, William I.K. Robinson said he is confident that the sector is heading for the better. He said before now, the staff of the Tourist Board were disgruntled but with their thirst to improving the sector, they have brought smiles on the faces of the staff, while calling on them to be steadfast in doing their work.

He said Sierra Leone is now ranked highly in the World Tourism market all because of the tremendous leadership, passion and dedication of the Minister.

In her address, the Minister of Tourism and Cultural Affairs, Dr. Memunatu Pratt said it is a pleasure for her to be at the Tourist Board as Tourism Minister in addressing the role of the National Tourist Board. She acknowledged the work done by her deputy with regards the proper functioning of the board adding that they are moving in the right direction under the new direction.