TOURISM AND AGRICULTURE MINISTRIES END THE NACT FESTIVAL ACROSS SL 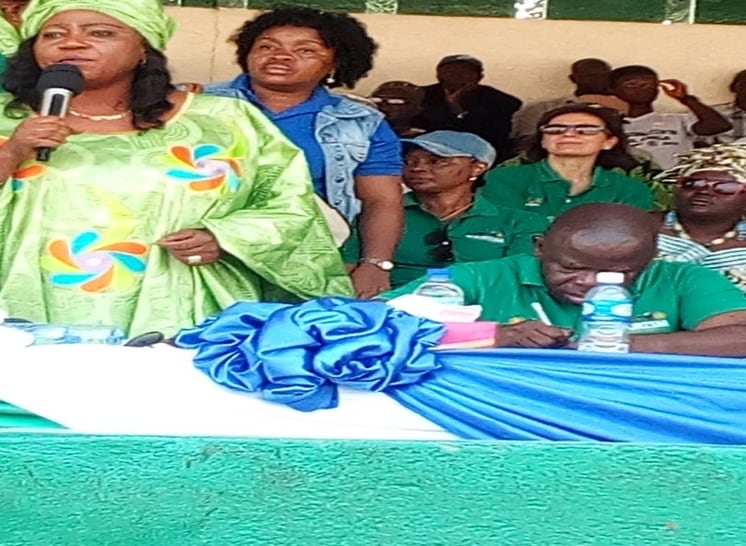 TOURISM AND AGRICULTURE MINISTRIES END THE NACT FESTIVAL ACROSS SL

It could be recalled that the Bonthe episode successfully took place from the 21st through 24th this year. Being the maiden edition and pilot phase, the said festival, according to the two Ministries mentioned above, primarily aims at actualizing President Bio’s New Direction Policy of promoting Tourism via agro-cultural activities.

The National Agro-Cultural and Tourism (NACT) Festival ended during the turn of the year (2018/19) in Kabala Koinadugu/Falaba District. The joint organizers of this festival mentioned above working with the National Agro-Cultural and Tourism Steering Committee have expressed thanks and appreciation to the indigenes of both Bonthe and Koinadugu/Falaba Districts for their hospitality and commitment to the said pilot phase of this intended annual project.

The Hon. Minister of Tourism and Cultural Affairs, Madam Memunatu B. Pratt, maintained she’d strive hard to make sure Bonthe becomes the Las Vegas of SL while trying to twist the Kabala version into the Kabala festival in Nigeria, considering the strategic touristic potentials of colonial history, agro-cultural heritage and natural wonders characterized by these districts in the extreme South and extreme North of the country.

The Director of Cultural Affairs, Mr. Foday Jalloh whiles on his opening stage presentation at the Yogomaia playing field in Kabala, said the festival has to be staged right across all districts in Sierra Leone, with the Bonthe and Koinadugu/Falaba versions remaining annually constant.

The festival was climaxed by the awarding of prizes to farmers who showcased the best agro-products, and the festival attracted massive turnouts of Government Ministers, Permanent Secretaries, key Government functionaries, Paramount Chiefs, and some foreign investors/tourists.

It could be recalled that President Bio campaigned on, among many, his vision to straighten up the economy via diversification, with Tourism and Agriculture being among his top priorities.