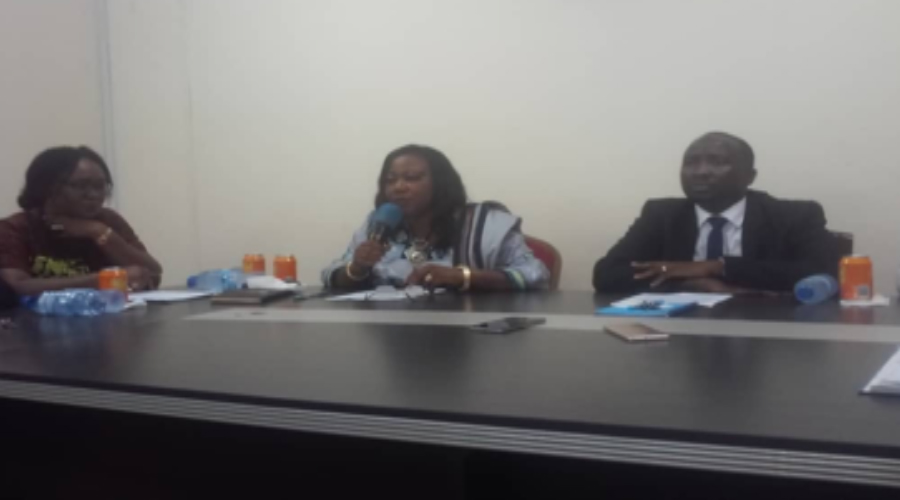 I have read, I have seen, and I have explored touristic sites far away from home; and I have come to realize the significance of tourism in a nation’s economy. The tourism sector of my beloved Sierra Leone seems to be taken a remarkable dimension, as I witnessed on a firsthand account of the Minister of Tourism and Cultural Affairs (MTCA), Madam Memunatu Pratt unfolding and outlining development trends in the direction of the vast exploration of the tourism industry as discussed in the usual Thursday Press briefing at the Ministry of Information and Communications, Youyi Building in Freetown, on the 18 October 2018.

The Minister vehemently outlined that, earlier on since her assumption into office as Minister for this all important ministry, she and the ministry have encouraged small-scaled entrepreneurs along the Lumley Beach and other beaches to embark on “Adopt a Booth,” which is a project geared in providing opportunities and resuscitating the economically downtrodden and skilled individuals in the said premises.

Additionally, Madam Pratt also said that the ministry have worked with communities in touristic sites as far as the National Cleaning Exercise is concern, and have covered places like Lumley beach, Lakka, Levuma beach, Number 2 River beach, and Bonthe Island, all in completing the meaningful cleaning exercise across the country and showcasing the beauty of the environment.

Stressing on the ministry’s commitment, Madam Pratt said that, a one day seminar was held with the newly appointed Ambassadors and High Commissioners, in the direction of educating them all, on the importance of marketing Sierra Leone as a safe haven for tourism.

To show the readiness of Sierra Leone’s tourism sector, the Minister emphasized on the newly established “robust website and mobile application,” done in collaboration with the Ministry of Information and Communications, and the Telecommunications Companies (Africell, Orange and Sierratel); in the pathway of informing the world at large through the information technology E-tourism system.

The Minister furthered by disclosing the ministry’s participation in the first meeting of the First African Union Ministerial Sub-Committee on Tourism that was held early October 2018, whereby fruitful discussions were made enhancing collaboration with the tourism ministry of Kenya coming to Sierra Leone to see how best Sierra Leone’s tourism ministry can have a “Wildlife Department.”

Upon further deliberations, the Minister also disclosed that the Ministry of Tourism and the National Tourist Board (NTB), together with stakeholders from the Private Sector, have participated in the International French Tourism Market, “travel and trade exhibition,” where also Miss Sierra Leone was part of the delegation to France.

“At the end of the day interest was demonstrated by ‘Thomas Cook,’ a leading travel and hospitable company. A familiarization visit is planned at the end of November 2018, to have a firsthand experience of the tourism potentials of Sierra Leone,” the Minister revealed.

As a ministry, the Minister emphasized that they have had a consultative meeting with the entertainment industry and have aligned their activities as defined under the “New Direction” development strategies.

Madam Pratt also make clear that her ministry and the Ministry of Internal Affairs, are now at the concluding stage of lifting the ban on Esoteric groups or masquerades to be precised, which leaders for such groups have signed a resolution to be law abiding.

With a heavy heart to those that lost their loved ones during the August 14 2017 Mudslide, the Minister emphatically stated that they have sketched out structural plans for the transformation of the Mortormeh mudslide area to a memorial pack, all in order to preserve and protect the environment and to inform tourist and generations to come on the devastating effect of the mudslide.

Stay tuned on the next edition of “set plans in catapulting the tourism sector of my beloved Sierra Leone,” land blessed with rich history, culture and the beautiful smile of her citizens!!!