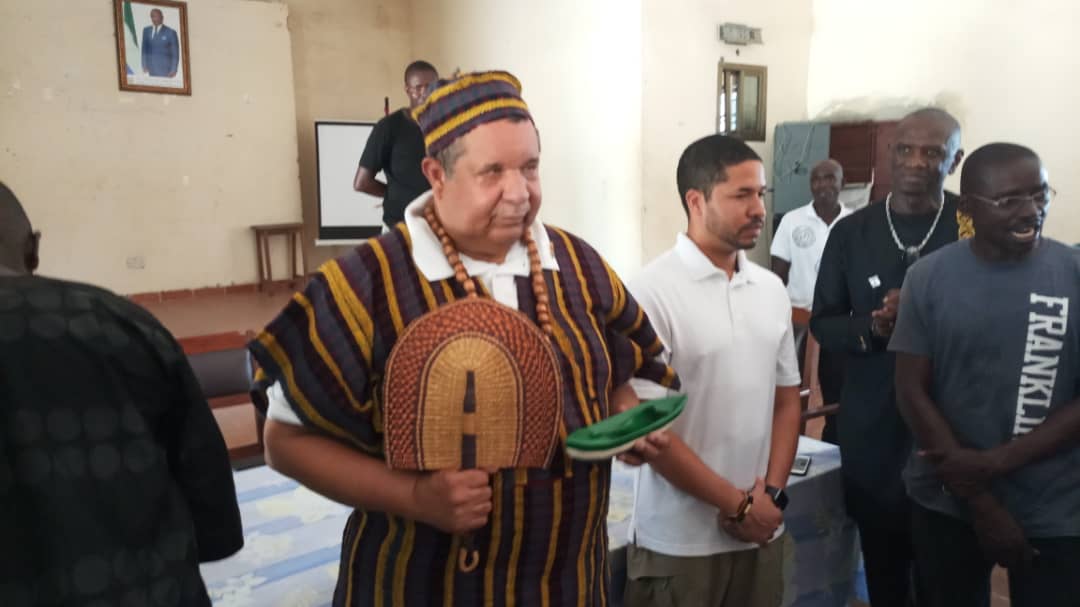 Billionaire Entrepreneur, Dr. Victor Roberts whose DNA result confirms his Sierra Leonean lineage has been made honorary Paramount Chief of Sittia Chiefdom, Bonthe District. The ceremony took place in Bonthe Sherbro Island. Here is an account of the event.

His face beams with happiness as he went through the traditional rites. Little did he imagine that after 400 years, he would return to his ancestral home to be crowned Paramount Chief.

“They changed our complexion but did not change our minds,” remarked the new chief.

Deputy Minister of Tourism, William IK Robinson while commending Dr. Roberts for the visit reassured that his Ministry would continue to create the enabling environment for root tourism to thrive.

According to the son of the Entrepreneur, Michael Victor Roberts Jr they would ensure Bonthe regains it’s lost glory.

As they transform his physical appearance from an entrepreneur to a PC, the women sang traditional songs. The honorary chief responded by nodding his head. 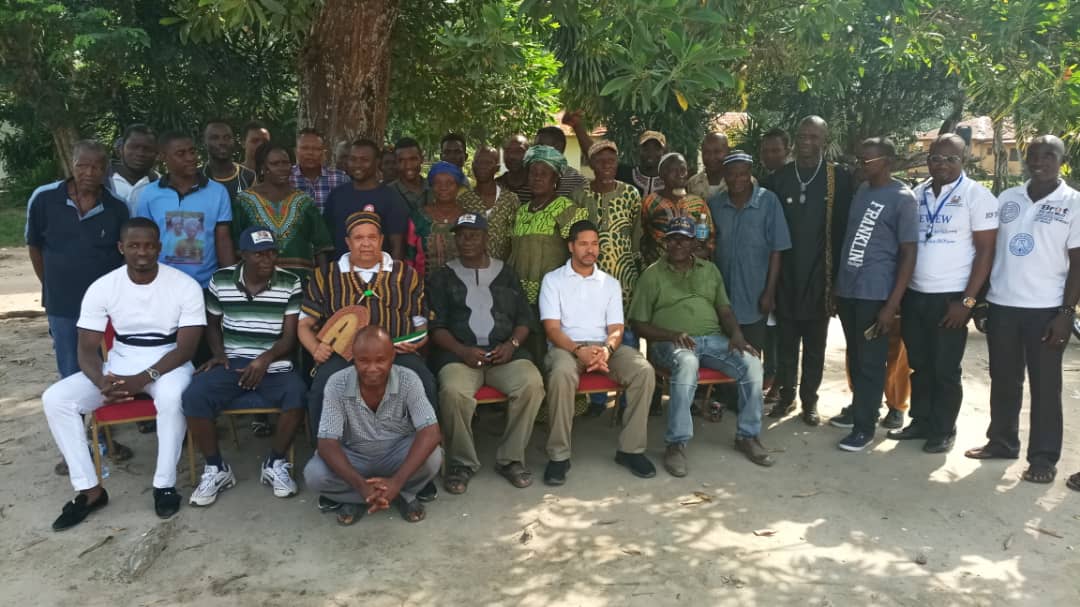 The event was attended by key stakeholders in the Bonthe District who appealed for the refurbishment of their old airfield.

As he boarded the Aberdeen Water Taxi to return to Freetown, Dr. Victor Roberts promised to make a second visit.

Dr. Roberts is a guru in the hospitality sector and owns over 40% of the hotels in The Bahamas. He also has access to a hedge fund to finance various feasible projects in Sierra Leone.

Born on October 24, 1948, in St. Louis, Missouri to Delores Talley Roberts and Victor Roberts. He began his first business selling dashikis and other African merchandise to area bookstores. Roberts studied law at St. Louis University School of Law, and in 1974, earned his J.D. degree and began Roberts-Roberts and Associates, a business and construction management firm headquartered in St. Louis.