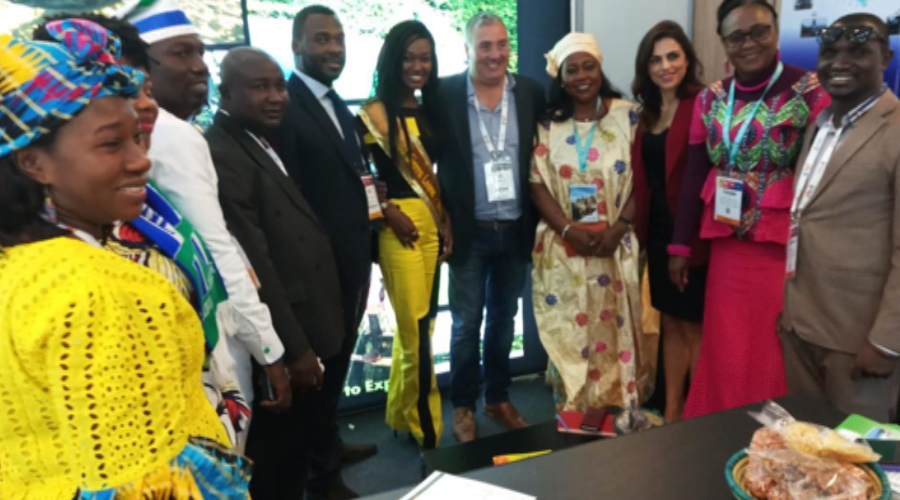 This year’s trade fair in France at Port de Versaile stand out to be a one of its kind, as the event gathered thousands of tourism liked minded audience which covers tour operators, airlines, hotels chains, and estate engineers, investors for tourism destinations, cultural exchange consultants, tourism organizations, and new destinations where strongly visible, which the Sierra Leone delegation took advantage of giving the right and correct information relating to the destination.  This audience plus added visitors presence on daily attendance basis, created the level platform to meet with the right people to relate our message, that Sierra Leone is safe, set, and ready to receive tourists from all over the world.

This year’s trade fair delegation was headed by Madam Memunatu B. Pratt, the Minister of Tourism and Cultural Affairs. With her leadership and support the team was able to meet key benchmarks as strong indications showed to shift the demand curve for tourist arrivals to Sierra Leone, with every support from the Permanent Secretary-Mr. T.R.Gbetuwa, The Director of Tourism- Mr. Mohamed Jalloh, who was there to give the technical support, backed up by the Acting General Manager- National Tourist Board-Madam Fatmata Abe-Osagie who stepped in strong with the Marketing and PR skillful approach aided by the Marketing Manager- Madam Lucinda Kargbo. The Commission for Monuments and Relics was fully represented by two professional staff: Mr. Mohamed Farray Kargbo-the Communications and Outreach Officer and Madam Ann-Mary Kamara- the Admin Officer, who also showed up strong. Moreover, The Chief Executive Travel Officer of Tourism is Life Tours was in full attendance and gave relentless support to the achievements of a successful trade fair and the lead to meeting with Thomas Cook, a leading world tour operator. The Tourism Representative for Sierra Leone to France Mr. Olivier Thery and assistant Madam Zoumba gave their very best in designing the booth, and indeed the booth captured the right audience coupled up with the mass distribution of our local handy crafts, food items and many other promotional materials.

The genuine urge from the eyes of the visitors showed a strong signal that Sierra Leone will rise again, and the tourism shift we expect is not too far.

Amongst many activities was a one day a tourism press conference held at Pavilion 7, hall 3 by 4:30 France time. This one-day press conference was timely and the need was geared towards raising the profile of the country’s image that Sierra Leone’s Tourism potentials are huge and are ready to be tapped by those who are interested to tap from it. Not only that, but the team was able to create the awareness that corrected the negative publicity that has taken social media over the years. Therefore, the press conference was really needed to the international tourist generating regions that Sierra Leone is peaceful and ready for business. Many questions where posed to the team, but also answers were provided to those questions as wanted. 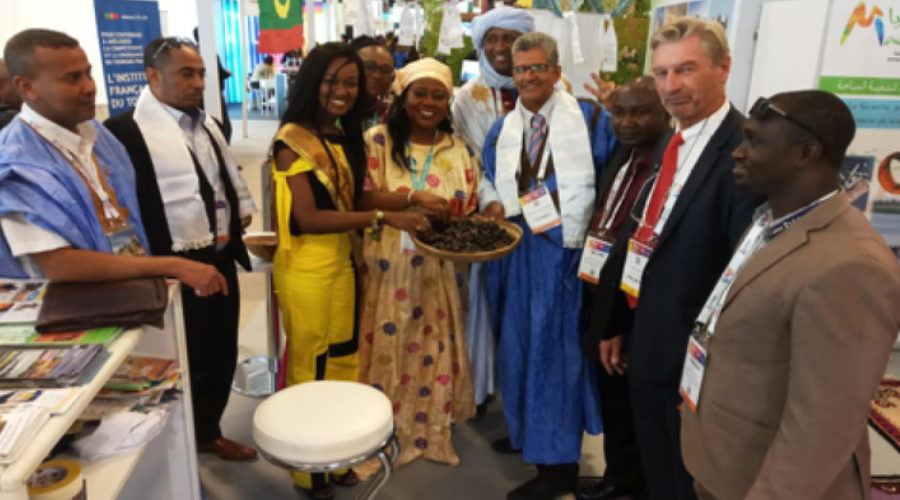 As the trade fair was a success, the last day was used by the Minister of Tourism and the entire team to meet with the Sierra Leonean Community based in France. The meeting was to discuss their full participation in creating the right awareness within the society they live.

Minister’s address at the International Press conference in IFTM

More deliberations went on and on with key Tourism minded investors like Thomas Cook who is really intending to be doing chattered flights, and to make Sierra Leone a tourist destination as with this we can create more night occupancy and right awareness to other tourism companies.

In order to promote tourism, the Ministry of Tourism and Culture in collaboration with the National Tourist Board is sponsoring Miss Sierra Leone 2018 to attend an international trade fair in France.