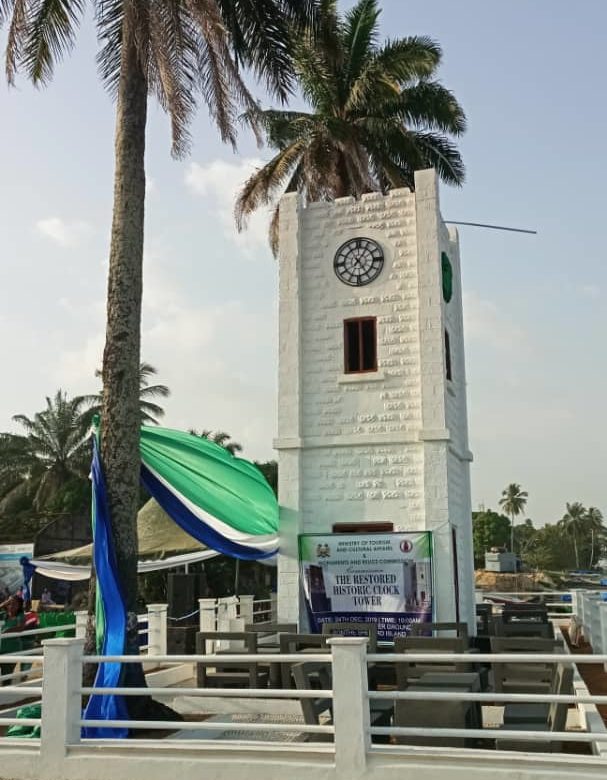 In what has been described as a strategic move to safeguard the country’s heritage assets, President Julius Maada Bio has unveiled the historic clock tower on Bonthe Sherbro Island.

The tower which was restored by the Ministry of Tourism and Cultural Affairs through the nation’s heritage protection entity, Monuments and Relics Commission, would greatly improve the time management of the people while equally keeping them informed.

The Government of Sierra Leone fully funded the restoration of the clock which became silent in 1977 according to the Deputy Minister of Tourism and Cultural Affairs, William IK Robinson.

“We have started to correct the wrongs of the past,” said President Bio. He added that that small edifice meant so much for the people of Bonthe.

The unveiling was done on Christmas day 2019 in the presence of the Mayor of Bonthe Municipal Council, Layemi Sandi the Deputy Speaker of Parliament, Hon Sengepoh Thomas and other dignitaries.

The event attracted people from the surrounding villages. They sang, danced and made merry as a sign of their appreciation for a work well done. 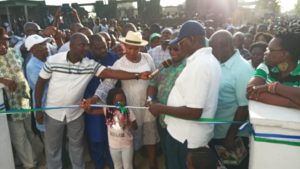 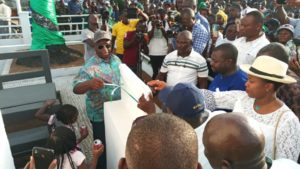 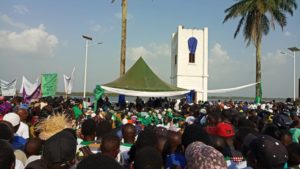 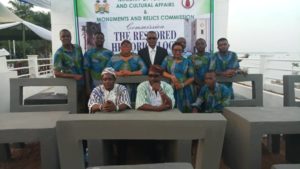