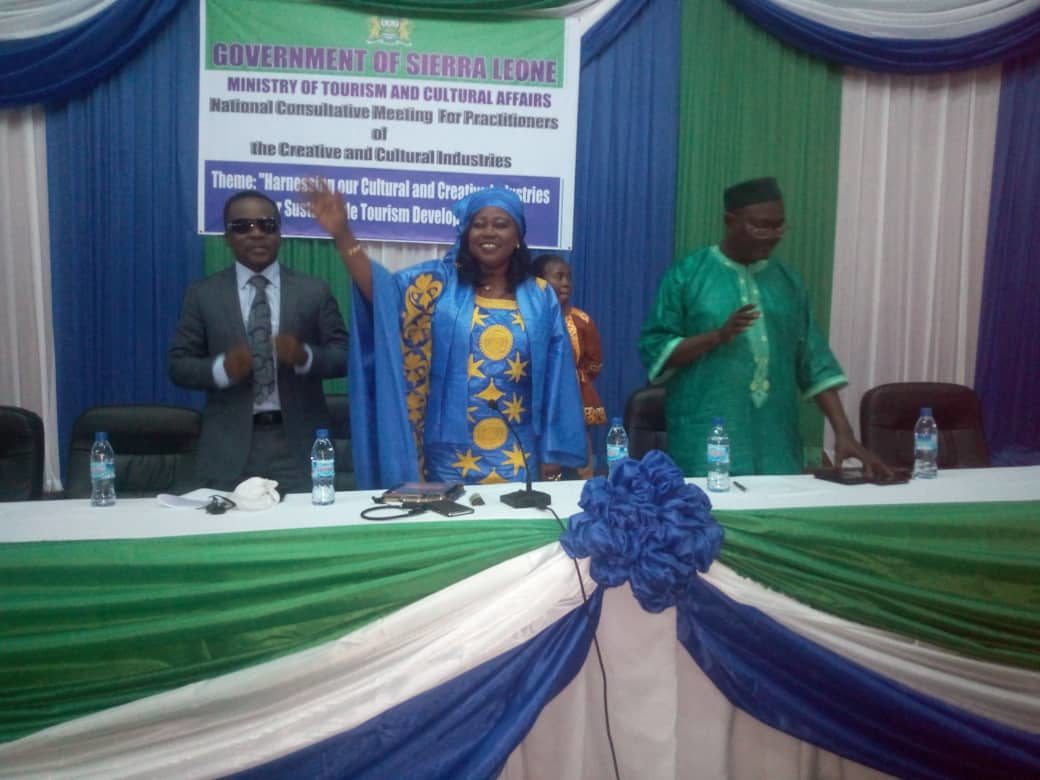 The Ministry of Tourism has on Friday 30th August 2019 held a National Consultative Meeting for Practitioners of the Arts, Culture and Creative Industry at Miatta Conference Hall, Brookfield, Freetown With the theme: ” Harnessing our Cultural and Creative Industry for Sustainable Tourism Development”.

Speaking on the theme, the Minister of Tourism and Cultural Affairs, Madam Memunatu Pratt said the essence of the meeting is to create an atmosphere to brainstorm and identify the Foundation of Arts, Culture and Entertainment (FACE), adding that allocating resource for grant, loans, purchasing of equipment and instruments and capacity building that will steer the growth of national development for the creative and cultural industries in Sierra Leone.

He said the idea of FACE was initiated out of the genuine desire to address the many needs in the entertainment industry.
He said that they had tried very hard to make positive happening or change during the time of the previous government but it was not successful.

Jimmy B. continues that the aim of the Foundation is to build a link between the private sector and the entertainment industry.