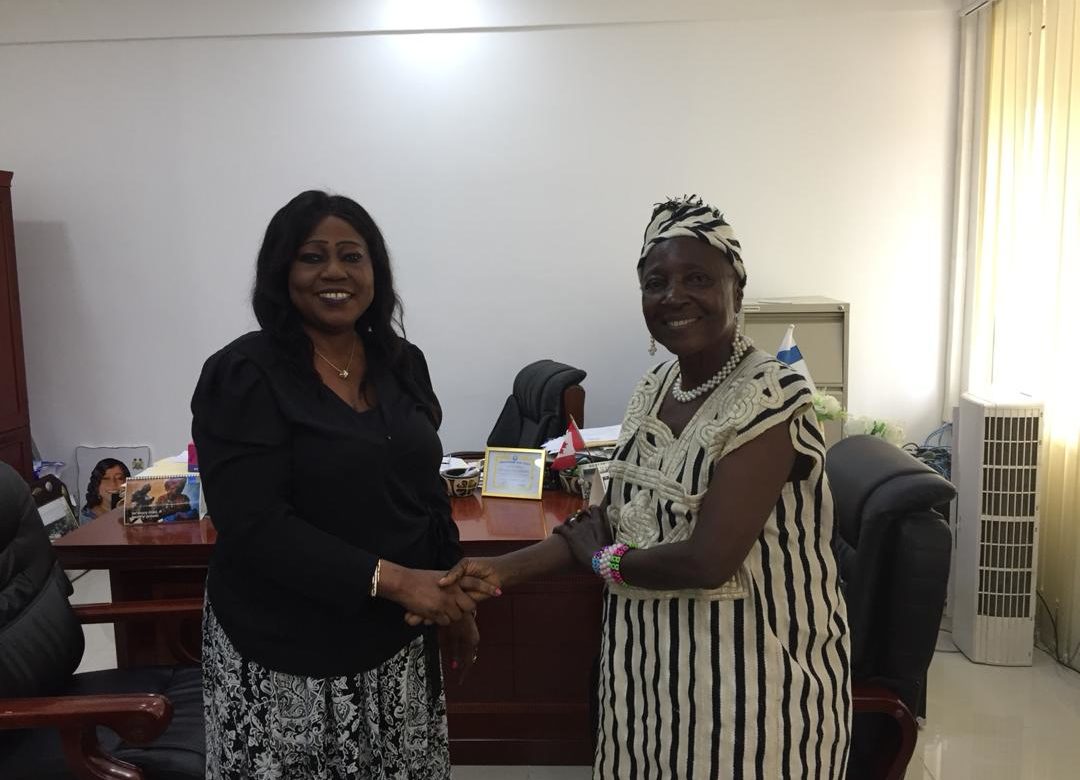 Madam Amie Kallon, one of the Eastern Region legends in cultural songs and dance has on the 19th August 2019 paid a courtesy call on the Hon. Minister of Tourism and Cultural Affairs at her Kingharman Road office in Freetown to discuss a way forward towards promoting the creative industry is not only Kenema District but also in the Eastern Region as a whole.

Flanked by her team, Madam Kallon proprietor of a group called SIABEHUNA CULTURAL GROUP, said she has got land in Kenema where she trains young talented cultural singers and dancers as well as for arts and crafts works in the form of skills training. “I’m kindly seeking support from the Government to boost my institution. I’m taking this venture to address past mistakes done by other talented singers like the late Salia Koroma, Isata Nyambay, Jebbeh Two, etc who died with their talents without leaving any recognized replacement as a legacy,” she recalled. She furthered revealed that she has released an uncountable number of albums on culture since she started her career in 1961.

Mr. Abu Kallon, her personal assistant, called on Government to be considering the provinces when nominating artists for international outings on culture and heritage promotion. This is because, according to Mr. Abu Kallon, their group has never been given such an opportunity before.

The Hon. Minister of the said ministry, Dr. Memunatu B. Pratt, appreciated the effort of Madam Amie Kallon and team and promised them of her intention to forward their message to His Excellency President Bio since the move, according to her, gears towards Youths Empowerment and Heritage Promotion for sustainable tourism growth and development in Sierra Leone.