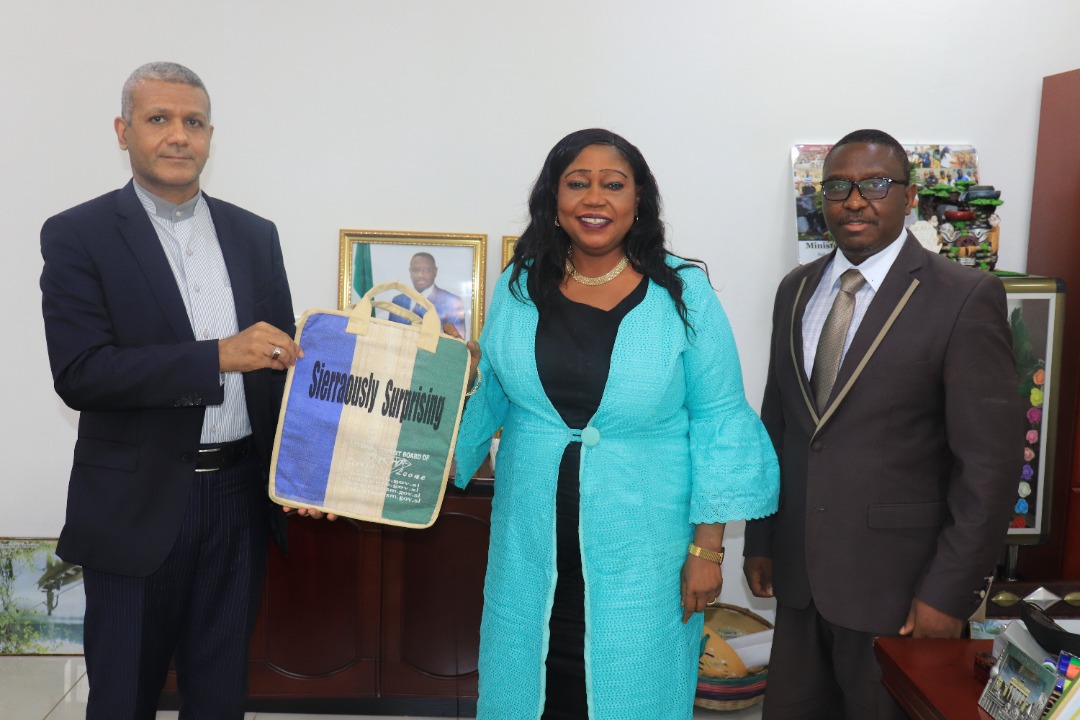 The Ambassador of the Embassy of the Islamic Republic of Iran to Sierra Leone, A. Khosravinezhad has informed the Minister of Tourism and Cultural Affairs, Dr. Memunatu Pratt that instructors from Iran will be in Sierra Leone to train people on handicrafts.

The Ambassador made this disclosure during his second visit to Minister Pratt at the Ministry’s Head Office in Freetown. It could be recalled that in his first visit to the Tourism Minister, discussions around having collaboration with Iran in the creation of handicrafts were held, where the Minister requested for handicrafts instructors from Iran to train people in Sierra Leone.

“In my first meetings with you we talked about the cooperation of handicraft between the two countries and you requested that if it is possible to bring some instructors from Iran to train people here in Sierra Leone. Minister, I have talked with some of my colleagues in Iran and they are ready to come here to train people on handicraft” he said.

He presented sample of handicraft made in Iran to the Minister while suggesting that the training would focus on the use of wood, cotton and leather that are available in Sierra Leone. He revealed that the training workshop will be covering different subjects and would last for 10 days to two week.

In her statements, Minister Pratt appreciated the Ambassador for the support saying that they would make the most of the training. She said the Ministry will target fifty trainers here in Sierra Leone who would be trained by the Iranian instructors and those fifty trainers would cascade the training to the rest of the country. That the training would add more skills to the 50 people that would be trained who she said are already into handicraft training.

The training has been slated for September-October 2021 at a venue that will be determined by the Ministry. The Minister asked the Ambassador to talk to the instructors on what areas of the training they would start with, adding that once the training is complete they would come again with fresh ideas.

The Minister presented the Ministry’s promotional magazines (souvenir) to the Ambassador in appreciation of the gesture.