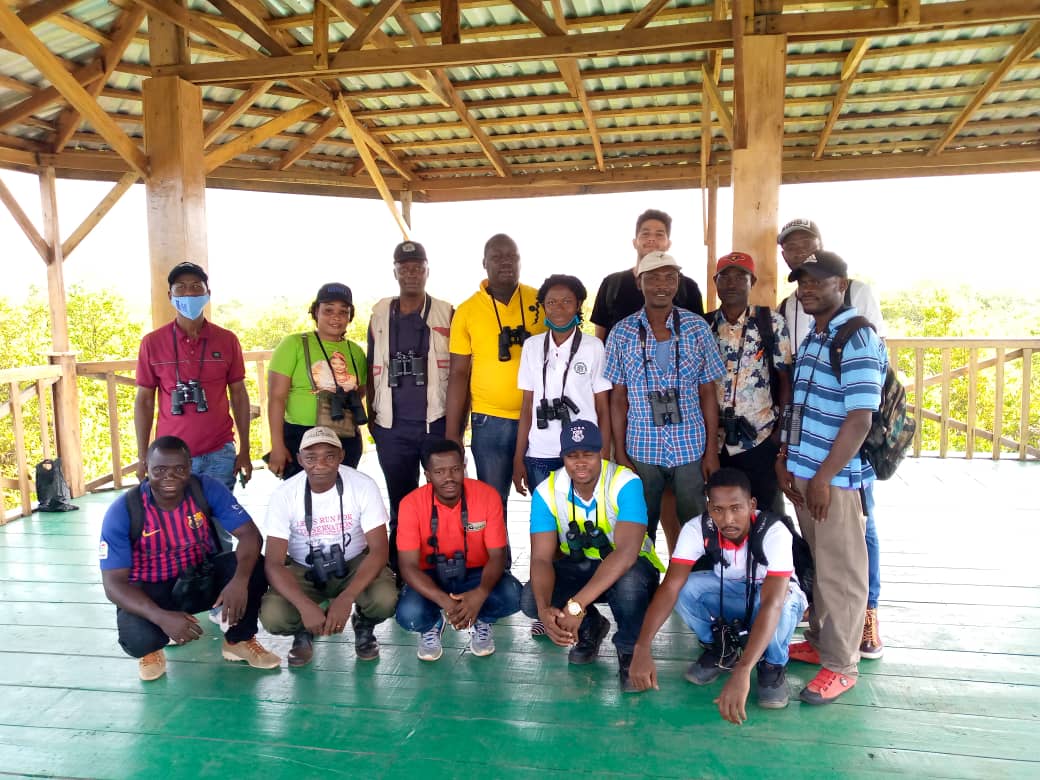 Conservative Society Sierra Leone (CSSL),  National Tourist Board (NTB), Ministry of Tourism and Cultural Affairs (MTCA) in partnership with other  local and international partners  visited  one of its  site creeks located at Aberdeen.

The CSSL is a Non-Governmental, Environmental and Conservation Organization that compliments the efforts of the Sierra Leone Government in the area of Environmental and Biodiversity Conservations. It  was Founded in 1986 with the objectives to promote conservation (wise use) and management of natural resources for sustainable development in Sierra Leone. Also to embark on public Education and awareness raising of its activities. To Provide information and data based resource center for conservation and the environmental activities. Focus on Biological research and site based action for species sites and habitats. Focus on creating Policy that will protect all its Creeks and advocacy. Communicate with likeminded partners and create links with other environmental conservation organizations in and out of SL.

The trip was led by the Executive Director for CSSL, Dr Sheku Kamara, who welcomed all and sundry to the Aberdeen Bird Watching Club that was constructed by the Ministry of Tourism and Cultural Affairs and National Tourist Board.

The Senior Biodiversity Officer, Papani Bai-Sesay, explained the reason why MTCA  and NTB installed the Bird Watching Creek at Aberdeen. Mr Sesay said, it was created for CSSL Bird  Watching Club to encourage people including students to appreciate the beauty of birds, their important role as pollinators, seed dispersal agents, biological pest control in the Environment, and many other reasons. He continued by saying Birds are used as indicators of the quality of the Environment and to also attract tourists from different parts of the continent.

During their discussion, CSSL Bird Watching Club members selected specific dates in a month and sites where members can converge at 7:00 am to visit the birds, observe and count them in their respective localities. With the use of binoculars and telescopes, all birds observed were documented during the exercise.

The Senior Biodiversity Officer facilitated the bird watching program and he ended up leading the visiting team to the checklist of all birds seen. Mr. Bai-Sesay further said the Aberdeen Creek was selected because it is a wetland of international importance for migratory birds known as a RAMSA site. “This site has already been declared as protected area for tourists”, he concluded.