“Between Bonthe & Koinadugu/Falaba I’ll Like to See The Best Agro-Products, Carvers, Acrobats, Dancers” 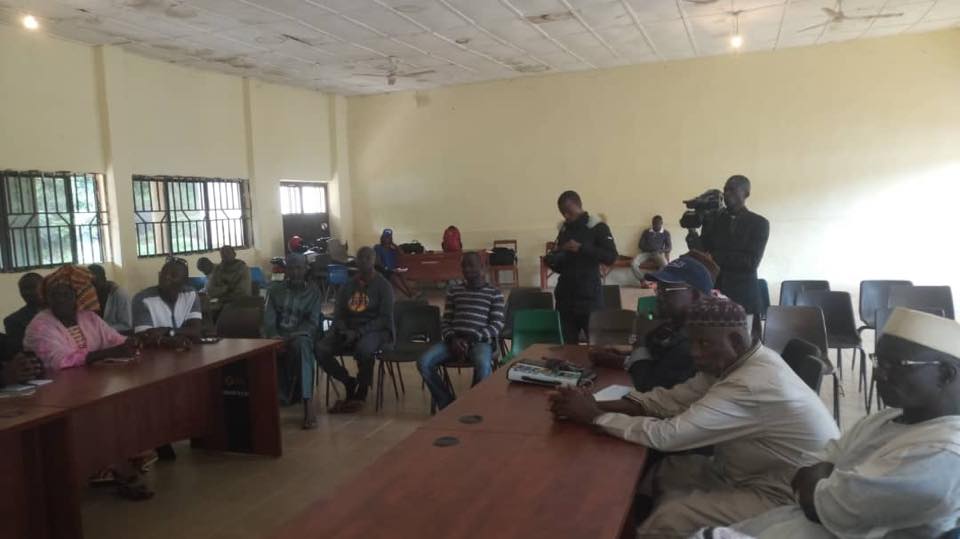 “Between Bonthe & Koinadugu/Falaba I’ll Like to See The Best Agro-Products, Carvers, Acrobats, Dancers”

A cross section of the National Steering Committee of the Agro-Cultural Tourism Festival (ACTF), together with the Ministry of Tourism and Cultural Affairs (MTCA) and the Ministry of Agriculture, Forestry and Food Security (MAFFS), on Saturday 25th August, 2018 engaged stakeholders in Koinadugu/Falaba to update them on the proposed maiden festival as it was done in Bonthe last week.

Introduced by the Deputy Chief Admin, Mr. Simeon I. Koroma at the Koinadugu/Falaba District Council hall, Mr. Illawin I.K. Robinson, the MTCA Deputy Minister presided over the meeting revealing the touristic interest of His Excellency to ensure effective and sustainable revenue mobilisation in the country. He added that the two line Ministries have decided to
work jointly to let this end-of-year festival take the NEW DIRECTION trend; maintaining that it cannot be easily done without consulting with them.

PC Gbawuru Mansaray the 3rd of Wara WaraYagala Chiefdom thanked and appreciated H.E. President Bio, Hon. Ministers and Staff of the said Ministries; promising that he will continue to work with the District Officer and other key players within the said District in passing by-laws to ensure the protection and preservation of their heritage. He, however, reminded Government to facilitate more interior road construction projects thereby harnessing these agro-products endowed by their land.

Mr. Foday Jalloh, the Director of Culture, formally informed them about some unavoidable challenges of the said project
which the locals have to arrest on the ground ahead of time; reminding them of the firm interest sons and daughters of the soil have in this one-in-its-kind December festival. “Let’s promote domestic tourism to attract international tourism,” he concluded.